We’re in the midst of a clean energy revolution, why are we still using fossil fuels? 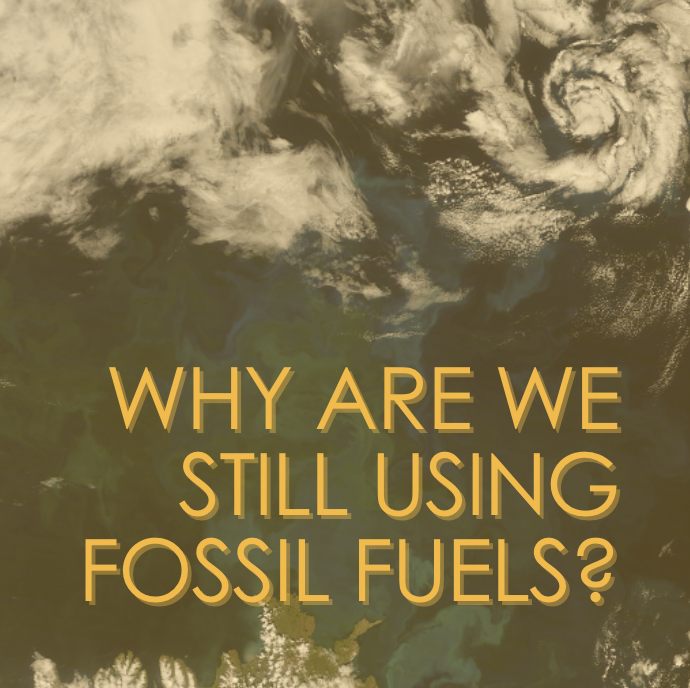 We’re in the midst of a clean energy revolution, why are we still using fossil fuels?

Until recent decades we have been reliant on fossil fuels to live our day to day lives. Fortunately, research has shown us the damage these fuels are causing to the planet and have allowed adjustments to be made to prevent further damage to our planet – including green energy. However, making the switch from fossil fuels to renewables it isn’t as simple as you might think.

What are fossil fuels?

Fossil fuels comprise of sedimentary tock deposits, containing decomposing animals and plants which can be millions of years old. They can be found in the Earth’s crust and contain carbon and hydrogen, which is what we burn to create power. Coal, oil, and natural gas are all fossil fuels used across the globe.

When mining fossil fuels, oil is extracted in the form of solid material which is later heated to produce gasoline. Natural gas, which is mostly made of methane, is usually found above oil deposits. Due to the fossilization process required to make this oil, coal, and gas, fossil fuels are a limited supply – unlike renewable energy such as solar and wind.

Fossil fuels are a key contributor to climate change and global warming. But not only is the process of generating these fuels damaging to our environment, but the unearthing process is making a massive impact on natural ecosystems. Forests and mountaintops are often drilled down to access the natural materials, which is leaving huge areas of land entirely depleted and degraded. This has a devastating impact on land health, and the wildlife who end up living in un-suitable habitats.

So, if we know the positives of fossil fuels are heavily outweighed by the negatives, why are we still obtaining around 70% of our global energy from such unsustainable sources?

WHY ARE WE STILL USING FOSSIL FUELS?

It might have taken millions of years for these fuels to build up to the resource there is now, but we don’t need to wait. The coal/oil/gas is there already just waiting to be dug up. We already have the infrastructure in place to mine the fuels and doesn’t require significant investment and installation.

The good news is that we’re making massive waves in renewables. Photovoltaics, hydropower, and onshore/offshore wind farming are both now well-established technologies and are both dropping in price exceptionally quickly. Solar is now the cheapest source of energy in most places around the globe! Other technologies, such as green hydrogen, are also becoming more popular to replace existing unsustainable hydrogen and ammonia production.

WE HAVE Proven success

They work. There is no doubting that fossil fuels produce a range of highly successful, and relatively easy to produce, sources of energy. We use them for everything. To power our cars, light our homes and businesses, create materials (from chemicals to medicines), construct buildings, and everything in between. We need the power and fossil fuels have proven that they provide this very successfully.

When renewable energy alternatives were first coming on the scene, as with most new technologies, there were doubts. We’re in a fortunate position now where we have proven success with green energy sources across the globe which is encouraging wider adoption of the technology. The success of renewables can clearly be seen in the use across the globe. In 2010 less than 9% of the global energy was sourced sustainably. A decade later, in 2020, just shy of 30% of power across the world originated from green sources.

Mostly, fossil fuels have been used for so long because we just weren’t aware of the significant damage they were doing to the planet. Humans have been burning fossil fuels for over 1,000 years and the oil industry first acknowledged the impact fossil fuels were having on our planet in the 1960’s. At the time it was discovered that extensive and prolonged use of fossil fuels would cause “serious worldwide environmental changes”. While there were some green energy alternatives at this point, including wind turbines which became commercial products in the late 1920’s, the availability and capacity to switch to renewables just wasn’t there. In the past decades since scientists acknowledged the damage fossil fuels are having, there has been change to the oil and energy industry.

The green revolution has enabled us to significantly cut back on our reliance on damaging power over the past couple of decades. Countries and Governments across the globe have made binding commitments to reduce fossil fuel use, in most cases the aim is to achieve a 100% clean energy state. This is vital for the future of our planet.

At Hive we are working on a range of clean futures initiatives, including development and installation of green energy plants, investment in the circular economy, and innovation of sustainable product alternatives.