The battle between renewable energy and fossil fuels 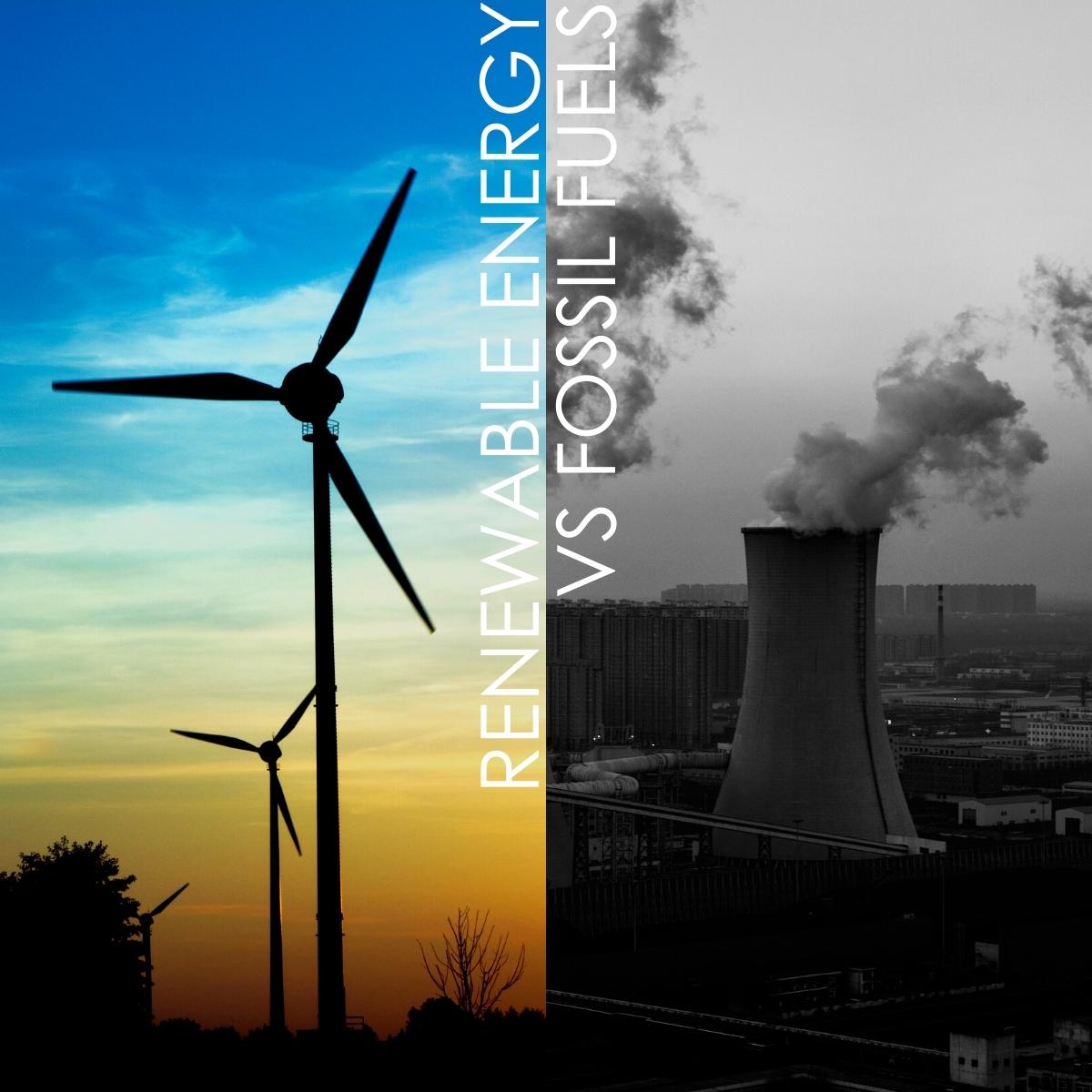 At Hive we are on a mission to save the planet. Our belief is that renewable energy is the future, and we are investing in green energy projects across the globe. While we are fighting for the adoption of renewable energy, fossil fuel is still being utilised around the world.

What is the difference between green energy and fossil fuel?

Simply put, green energy comes from natural sources and is sustainably sourced (meaning there will be less negative impacts on the earth and won’t run out), whereas fossil fuels can take millions of years to replenish and cause significant damage to our environment. Renewable energy can be solar, wind, hydro, geothermal, or biomass. On the other hand, fossil fuels can be natural gas, coal, and oil.

Fossil fuels also emit CO2 when burned, contributing to greenhouse gasses and ultimately climate change. This is where lines can blur between energy sources. Burning of natural materials, such as wood for biomass generation, can emit more CO2 than fossil fuels. So, while biomass is considered a renewable energy source, the process isn’t always green.

On the other side, jobs in the renewables market are rapidly increasing. The industry is open to a huge variety of new roles and opportunities. Since jobs in coal and oil are decreasing so quickly, the equivalent roles in green energy are prosperous.

Renewable energy is being used more frequently but there is still massive demand for fossil fuel. While green energy is growing significantly in line with global requirements for change, the global usage of green energy is still less than 40%. Around 10% of the worlds power originated from wind and solar sources in 2021, with a further 28% originating from alternative clean sources.

The good news is that renewable energy demand is growing quicker than fossil fuels! Specific technologies vary around the world according to the location and the most appropriate energy source.

Solar PV is consistently the most common and adopted form of green energy generation around the world, followed by wind, and Bio Energy. However, despite solar being so highly adopted, wind power has interestingly had the most growth over recent years.

It may be surprising to learn that renewables often cost less than fossil fuels. In the past decade costs of green energy have dropped significantly. Solar power alone is estimated to have dropped in price by over 80% in the past ten years, with wind dropping between 30 and 40%, depending on whether it is generated onshore or offshore. In line with the falling prices, experts predict that the cost of renewable energy will continue to drop in coming years, making renewables not only better for the environment, but also more affordable than fossil fuels.

If you’d like to keep up to date with our latest blogs and news, subscribe to our monthly newsletter using the form below.