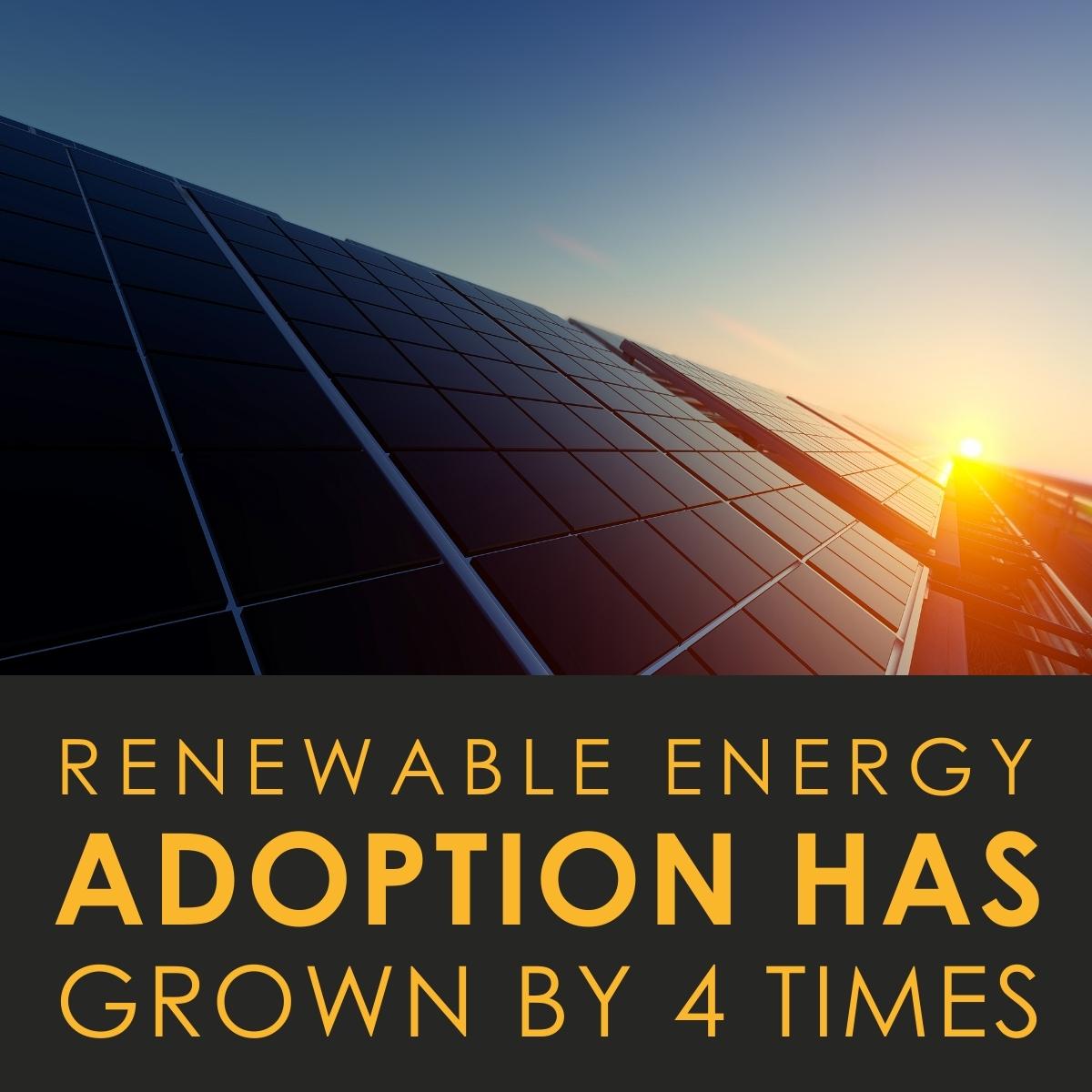 Renewable energy adoption has grown by 4 times in the USA over the past decade.

The growth and adoption of renewable energy is vital for us to secure a safe and sustainable future for our planet. Many countries have introduced laws and proposals to reach net zero commitments.

Despite the huge shift in renewable energy adoption in the US, there is still a lot of work to be done for the country to further reduce reliance on fossil fuels. Over the next three decades, the US plans to transition to a mostly renewable supply. The goal by 2050 is to achieve 44% electricity generation from renewables, 34% from natural gas, 12% from nuclear, and 10% from coal. The biggest growth in green energy in the United States will be in solar, which is projected to grow from 19% to over 50%. Wind will contribute to 31% of renewable energy, hydroelectric sits at 12% and the remaining 6% will originate from geothermal and other sources.

In 2021 the US was ranked second in the world for renewable energy capacity, after only China. Last year the US had a capacity of 325 GW of green energy. The need for renewables is growing. Fortunately, the United States is actively working on growing their availability and developing renewable energy projects across the board.

The renewables market in general is set to grow by at least 305 GW per year until 2026. By the end of 2026 it is expected that the global green energy capacity will reach 4,800 GW – which is over 50% more than the capacity in 2020. In line with the global mission to transform energy production to green sources, renewables will make up 95% of new power capacity installed from 2021.

Hive will be part of this mission. We currently have a pipeline over 24 GW around the world. Our experts are working on solar, wind, green hydrogen, and green ammonia developments to support the transformation to a cleaner future.