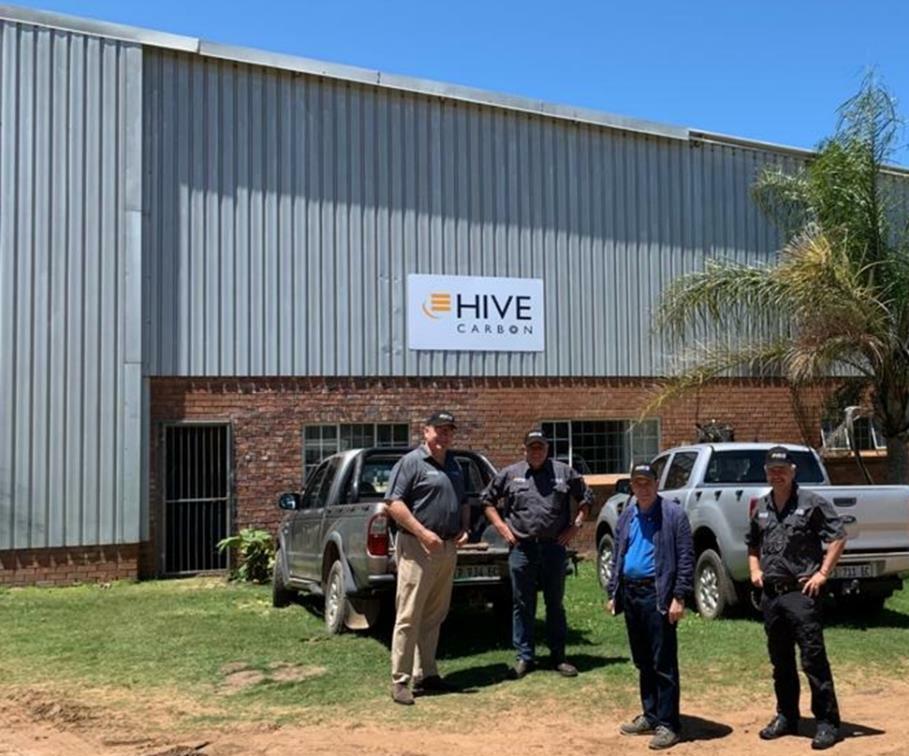 Hive Energy has announced the launch of its bold initiative for producing high volumes of sustainable and commercially viable high-grade biochar, developed through its South African Subsidiary, Hive Carbon™.

The world leading technology produces biochar from Alien Invasive biomass, and as such represents a significant step forward in the countries drive to eradicate Alien Invasive Vegetation that is choking rivers, decimating the water table in areas severely affected by drought, increasing fire hazards and marginalising land for both small- and large-scale farmers.

The biochar produced has an exceptionally high Carbon value, along with a very low volatile level, which when added to soil ensures the rejuvenation of soil biology, therefore creating better conditions for healthy plant growth. It can also be used as an additive to animal feed in order to substantially reduce methane emission.

Hive Energy’s CEO, Giles Redpath, believes that their investment in biochar production will not only enable sustainable farming practices but also help a number of industrial applications change and become organic. This represents a critical fight in the battle against global climate change, in addition to Hive Energy’s existing efforts with their many solar plants being developed globally.