Why we need a 100% renewable energy future 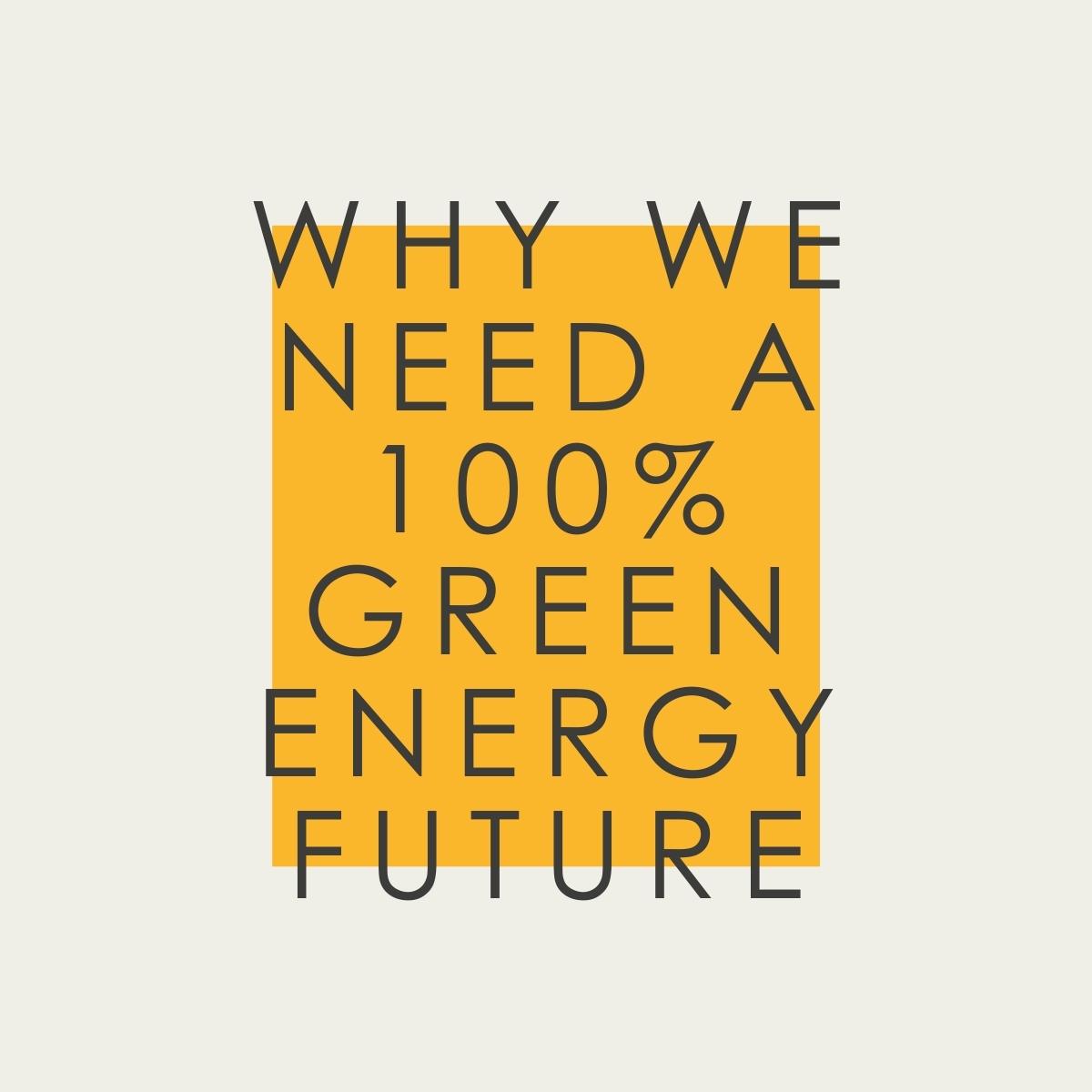 There is a lot of pressure on governments and world leaders to invest in clean energy. With current global events and on-going pressure to steer away from fossil fuels, there aren’t many arguments against why we need a 100% renewable energy future.

Gas prices are rising across the globe. With the on-going war between Russia and Ukraine driving up gas prices across Europe, it has never been more essential to invest in a green future. On top of the war people are struggling across the globe with the impact of global warming. In recent months areas of South Asia have been hit with considerable heatwaves, causing devastation and death. Areas of Pakistan reached over 50°C and India recorded the hottest March in a decade. In the climate crisis we’re currently facing, studies expect heatwaves such as these to be 30 times more likely in the future.

Many climate change researchers believe we have until 2030 to turn it all around and prevent on-going and irreversible damage from climate change. This is why we need a 100% renewable energy future.

Many leaders have set the goal to reduce carbon emissions by 2030. A huge part of this mission will come down to the successful adoption, development, and implementation of clean energy.

Across the globe we are increasingly investing in renewable energy infrastructure and capacity in a bid to transform the energy sector. Currently, 100% renewable energy hasn’t been established at country scale, but there are many who are very close. Europe is making fantastic progress, with 16 countries across Europe in the top 20 of the Green Future Index 2022. Those countries include Iceland (at number 1), Denmark (2), Netherlands (3), and the UK (4).  All four of these countries are listed at the top as ‘green leaders. The label is given to those making the greatest progress and commitment towards a low carbon future. Across Europe, countries are focusing on a net-zero commitment by 2030, paving the way in renewables in contrast to other areas of the world. Falling much farther behind are the countries at the bottom of the list, ‘Climate Abstainers’ – including Argentina, Ghana, Qatar, and Iran. These countries, of which there are 16 in total, are currently falling behind in their progress towards a clean future. What will happen if we don’t meet 100% clean energy?

So, we know there is progress being made on renewable energy, but what will happen if we don’t achieve a 100% clean future soon? Most countries are working towards 2030 as the goal to cut emissions and save the planet from climate change. 2030 is less than a decade away.

It has been internationally established (and agreed) to limit the global temperature rise to 1.5°C by 2030; this refers to 1.5°C warming since the pre-industrial era; we’re currently around 1.1°C warmer. Recent studies have shown that this ambitious target may no longer be within reach – so what does that mean?

In order to limit the temperature, the transformation will have to be rapid and extensive, costing up to $5 trillion a year. In terms of progress, across the globe we are not meeting targets in line with the Paris Agreement (2015) on climate change. Specifically, renewable energy shares are still lacking, green hydrogen production is not in development, deforestation is still increasing, and agriculture and livestock are still emitting significantly more emissions than set in the agreement.

Globally there is not enough movement across the board to limit climate change in coming years. This means the effects we’re going to feel from global warming will get more intense. Even at a 1.5°C rise in temperature, experts expect to see increased impact of global warming including severe weather, reduction in harvests, sea levels rising, and decline in marine life.

Renewable energy isn’t the whole answer to climate change. There are significantly more areas impacting global warming, including meat and dairy production (contributing to deforestation and greenhouse gases), construction (specifically steel and cement manufacturing which are incredibly carbon intensive), and transport (which is heavily reliant on fossil fuels and highly polluting). Progress needs to be made across the board to improve the state of our planet. However, transitioning to a 100% renewable energy future alone will save lives, reduce gas emissions, stabilise global energy prices, improve access to electricity, create jobs, and reduce power of large, centralised energy plants.